Download full Hitlers Heavy Tiger Tank Battalions 1942 1945 Book or read online anytime anywhere, Available in PDF, ePub and Kindle. Click Get Books and find your favorite books in the online library. Create free account to access unlimited books, fast download and ads free! We cannot guarantee that book is in the library. READ as many books as you like (Personal use). 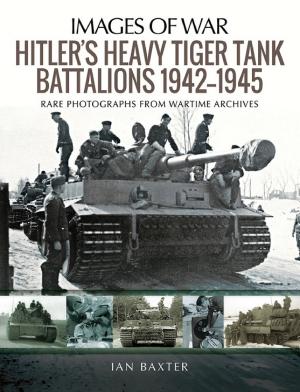 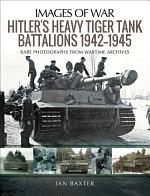 Authors: Ian Baxter
Categories: History
The heavy tanks and other armored vehicles of WWII Germany come vividly to life in this informative volume of detailed wartime photos. With rare, often unpublished photographs and enlightening captions, Hitler’s Heavy Tiger Tank Battalions provides a superb record of the Wehrmacht’s Schwere Panzerableilung. In addition to the Tiger I and II heavy tanks, these battalions were equipped with Panzer III medium tanks; Flakpanzer IV self-propelled anti-aircraft guns, halftrack special purpose vehicles, Kettenkrad gun tractors, and Berge Panther armored recovery vehicles. Between 1942 and 1945, heavy tank battalions saw action on the Eastern Front, Italy and North West Europe before being pushed back to Berlin for the final defensive battles. This volume features graphic photographs and descriptions of vehicles on operations in all these theatres. Modelers and equipment buffs in particular will find this Images of War book extremely useful and fascinating.

Authors: Ian Baxter
Categories: History
With rare, often unpublished photographs and full captions Hitler's Heavy Tank Battalions provides a superb record of the Wehrmacht's Schwere Panzerableilung on operations between 1942 and 1945.In addition to the Tiger I and successor Tiger II heavy tanks, these battalions were equipped with Pz.Kpfw III's, Flakpanzer IV, Sd. Kfz 7/1 self-propelled antiaircraft guns, Sd.Kfz 9 and 10 halftracks, Sd.Kfz 2 and Kettenkrad gun tractors. The Tigers required substantial maintenance and the Berge Panther armored recovery vehicle played a key role.Heavy tank battalions saw action on the Eastern Front, in Italy and North West Europe before being pushed back to Berlin for the final defensive battles and there are graphic photographs and descriptions of vehicles on operations in all these theaters.While feared by the Allies in the early years, these units suffered increasing attrition from antitank artillery, ground attack aircraft and mechanical issues.Modelers and equipment buffs in particular will find this latest Images of War book extremely useful and fascinating. 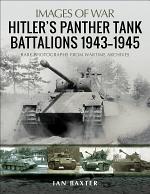 Authors: Ian Baxter
Categories: History
This fully illustrated WWII history presents an in-depth look at the Nazi war machine’s most fearsome armored vehicles. From July 1943 to the Nazis’ final defeat in May 1945, the Panther battle tank and its variants were the mainstay of Germany’s armored forces. This superbly engineered fighting vehicle offered a lethal combination of firepower, mobility, and protection. As this classic Images of War series title reveals, the Panther saw nonstop fighting on the Eastern, Western, and Italian fronts. Using 250 rare and often unpublished wartime photographs with full captions and authoritative text, it provides a comprehensive coverage of elite Panther battalions in action. This volume traces the development of the Panther Tank and also covers supporting vehicles within the Panther battalions. These included armored recovery, Bergepanther, halftracks, Sd.kfz.2 Kettenrad, gun tractors and communications vehicles. 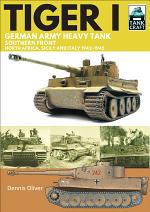 Authors: Dennis Oliver
Categories: History
A fully illustrated guide to the German Tiger I tank and its operations in the field by the renowned expert on WWII armored vehicles. At Hitler’s insistence, the first Tiger I tanks drove into action in Tunisia in December 1942. Despite their lack of reliability and the small number deployed, they quickly gained a fierce reputation. With its heavy armor and 88mm gun, the Tiger I outclassed all the Allied tanks then in service. Beyond their deployment in North Africa, they also operated in Sicily and Italy between 1943 and 1945. In his second volume in the TankCraft series on the Tiger, Dennis Oliver uses archive photos and extensively researched color illustrations to examine the Tiger tank and the German army units that first took them into combat. Perfect for model enthusiasts, Tiger I showcases available model kits and aftermarket products. It also includes a gallery of beautifully constructed and painted models in various scales. Technical details, as well as modifications introduced during production and in the field, are also examined providing everything the modeler needs to recreate an accurate representation of the tanks. 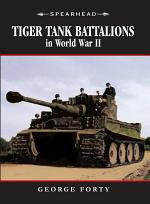 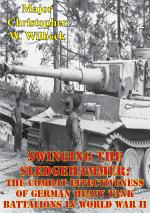 Authors: Major Christopher W. Wilbeck
Categories: History
This thesis is a historical analysis of the combat effectiveness of the German schwere Panzer-Abteilung or Heavy Tank Battalions during World War II. During the course of World War II, the German Army developed heavy tank battalions to fulfill the concept of breaking through enemy defenses so faster, lighter mechanized forces could exploit the rupture. These heavy tank battalions had several different tables of organization, but were always centered around either the Tiger or the Tiger II tank. They fought in virtually every theater of Europe against every enemy of Germany. Ultimately, the German military created eleven Army and three Waffen-SS heavy tank battalions. Of the Army battalions, the German command fielded ten as independent battalions, which were allocated to Army Groups as needed. The German Army assigned the last heavy tank battalion as an organic unit of the elite Panzer Grenadier Division Grossdeutschland. The Waffen-SS allocated all of their battalions to a different Waffen-SS Corps. Because these units were not fielded until late in 1942, they did not participate in Germany’s major offensive operations that dominated the early part of World War II. Germany’s strategic situation after mid-1943 forced their military onto the defensive. Consequently, there are very few instances when heavy tank battalions attacked as a breakthrough force. During the latter part of the war, they were used in many different ways to provide defensive assistance along very wide frontages. This study assesses the German heavy tank battalions as generally effective, primarily because of the high kill ratio they achieved. However, based upon observations from a wide variety of examples, this study also outlines several areas where changes may have increased their effectiveness. 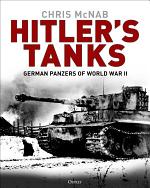 Authors: Chris McNab
Categories: History
The Panzers that rolled over Europe were Germany's most famous fighting force, and are some of the most enduring symbols of World War II. However, at the start of the war, Germany's tanks were nothing extraordinary and it was operational encounters such as facing the Soviet T-34 during Operation Barbarossa which prompted their intensive development. Tactical innovation gave them an edge where technological development had not, making Hitler's tanks a formidable enemy. Hitler's Tanks details the development and operational history of the light Panzer I and II, developed in the 1930s, the medium tanks that were the backbone of the Panzer Divisions, the Tiger, and the formidable King Tiger, the heaviest tank to see combat in World War II. Drawing on Osprey's unique and extensive armour archive, Chris McNab skilfully weaves together the story of the fearsome tanks that transformed armoured warfare and revolutionised land warfare forever. 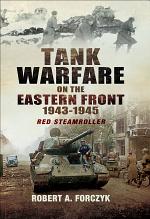 Authors: Robert Forczyk
Categories: History
By 1943, after the catastrophic German defeat at Stalingrad, the Wehmachts panzer armies gradually lost the initiative on the Eastern Front. The tide of the war had turned. Their combined arms technique, which had swept Soviet forces before it during 1941 and 1942, had lost its edge. Thereafter the war on the Eastern Front was dominated by tank-led offensives and, as Robert Forczyk shows, the Red Armys mechanized forces gained the upper hand, delivering a sequence of powerful blows that shattered one German defensive line after another. His incisive study offers fresh insight into how the two most powerful mechanized armies of the Second World War developed their tank tactics and weaponry during this period of growing Soviet dominance. He uses German, Russian and English sources to provide the first comprehensive overview and analysis of armoured warfare from the German and Soviet perspectives. This major study of the greatest tank war in history is compelling reading. 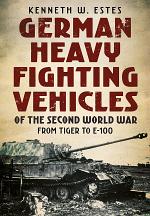 Authors: Kenneth W. Estes
Categories: History
The German army faced tanks of superior size, armor and firepower from the outset of World War II. Although their Panzerwaffen handled the Polish campaign, war with France meant confronting superior heavy and medium tanks like the Char B and Somua, with 47 mm high velocity cannon that penetrated German tank armor with ease. French infantry disposed of effective antitank weapons and a portion of their 75 mm field guns were detailed as antitank guns. Even greater challenges emerged with the Russo-German War, for the Germans had no initial answer to the KV-1 heavy tank and T-34 medium. The successive technical shocks of superior tanks introduced by each side produced a gun-armor race that continued in some manner even after the war's end. The Germans placed a premium on technological quality and superiority over mass production, for which their industry (and, arguably, their regime) remained rather unsuited. Not satisfied with the advantage they obtained with the Tiger and Panther series tanks, the army leadership and Adolf Hitler himself pushed for larger and more powerful tanks than had ever been built. 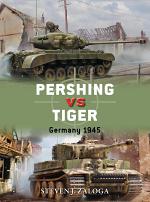 Authors: Steven J. Zaloga
Categories: History
During the final battles on World War II's Western Front, the legendary German Tiger I heavy tank clashed with the brand-new M26 Pershing fielded by the United States. The Tiger I had earned a formidable reputation by the end of 1944, although its non-sloped armour and poor mobility meant it was being superseded by the Tiger II or 'King Tiger'. While the Tiger I had been in the front lines since 1942, the US Pershing first entered combat in late February 1945, and more than 20 Pershings would see action before war's end. This book examines the dramatic Tiger/Pershing duel at Elsdorf in Germany, and also assesses the clashes between German armour and the sole 'Super Pershing' deployed to Europe. Featuring full-colour artwork, carefully chosen photographs and specially commissioned maps, this is the story of the first US heavy tanks in combat with the fearsome Tiger I during the last months of World War II in Europe. 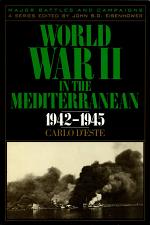 Authors: Carlo D'Este
Categories: History
The award-winning historian offers an illuminating reassessment of WWII Allied operations in the Mediterranean—and the generals who led them. As a secondary theater of combat during the Second World War, the Mediterranean has received less historical analysis than Northwest Europe, where Allies made their celebrated D-Day invasion. In this volume, Carlo D’Este underscores the importance of the Mediterranean campaign while calling into question much of the standard historical narrative on the subject. With expert research, D’Este presents a nuanced and often surprising assessment of Allied leadership. Special attention is given to the three commanders of the Italian campaign: General Sir Harold R. L. G. Alexander and Field Marshal Bernard Law Montgomery of the British Army, and the American General Mark W. Clark. Balancing his close examination of high-level strategy with acute attention to the realities on the ground, D’Este delivers a study that is both vivid and provocative. 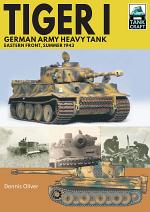 Authors: Dennis Oliver
Categories: History
The Tiger I tank, probably the most famous German armoured vehicle of the Second World War, might have been a war-winning, break-through weapon if it had been produced in sufficient numbers and if it had been introduced earlier on the Eastern Front, before the balance of strength had tipped towards the Soviet Union. At the Battle of Kursk there were not enough Tigers to make a decisive difference and thereafter the Tiger was forced to play a mainly defensive role as the Wehrmacht struggled to withstand the advances of the Red Army. And it is this period in the Tiger tank’s short history that Dennis Oliver concentrates on in this, his third book on the Tiger in the TankCraft series. He uses archive photos and extensively researched colour illustrations to examine the tanks and units of the German army’s heavy panzer battalions. A large part of the book showcases available model kits and aftermarket products, complemented by a gallery of beautifully constructed and painted models in various scales. Technical details as well as modifications introduced during production and in the field are also examined providing everything the modeller needs to recreate an accurate representation of the Tigers of 1943.